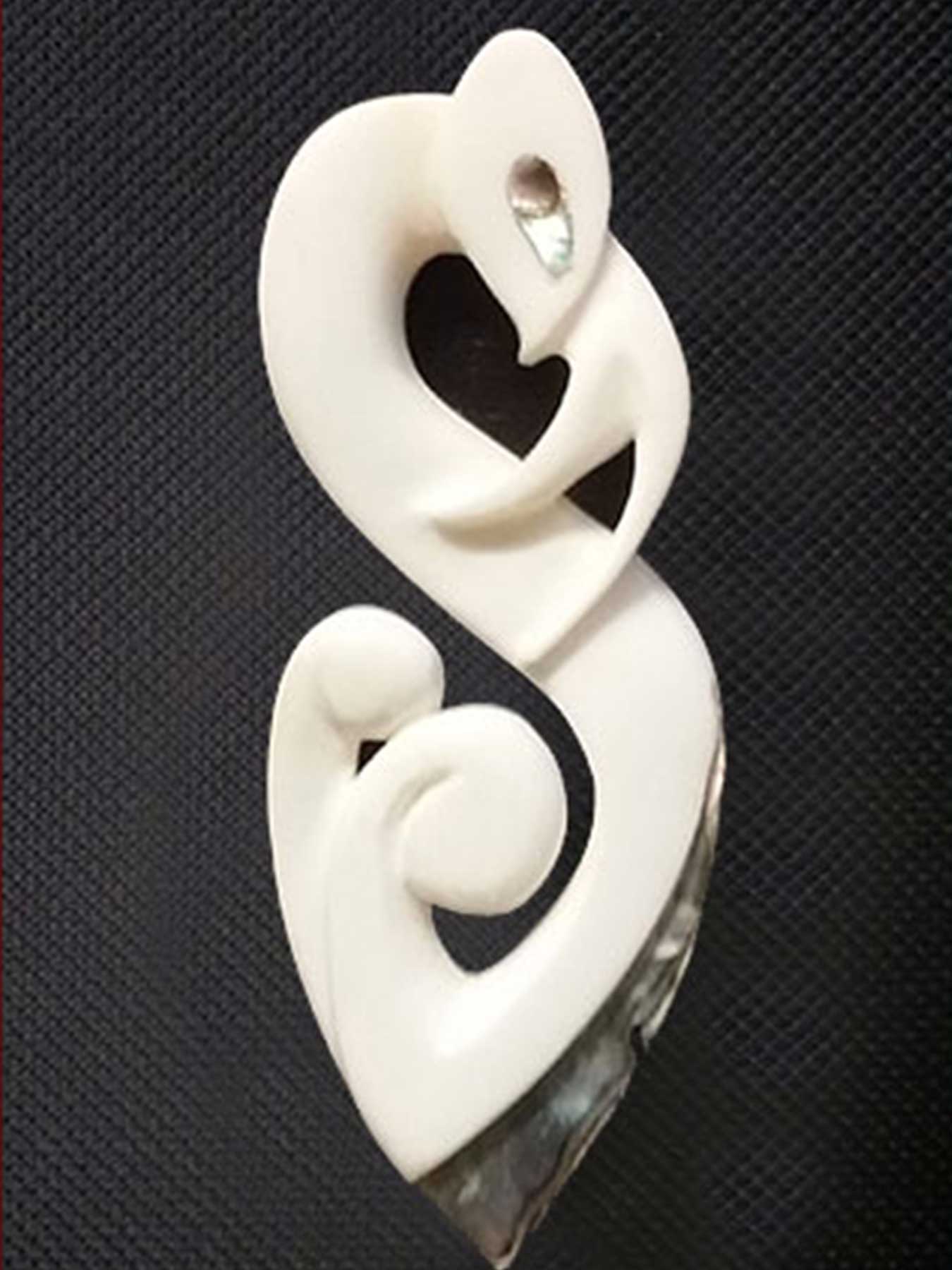 An ancient mythical being with a bird’s head and human form is a Manaia.

Known as the messenger between the earthly world of mortals and the domain of the spirits. This element demonstrates the strong links shared between the spirit world and the Māori spirituality.

With subtle differences between each of the tribes, the Manaia element is blended into many Māori bone carving designs, because of its power as a guardian against evil and its ability to hold great spiritual energy.

The Manaia is often characterized by the three fingers of life… birth, life and death. It may also be shown with the fourth finger depicting the afterlife, representing and completing the circle of life.